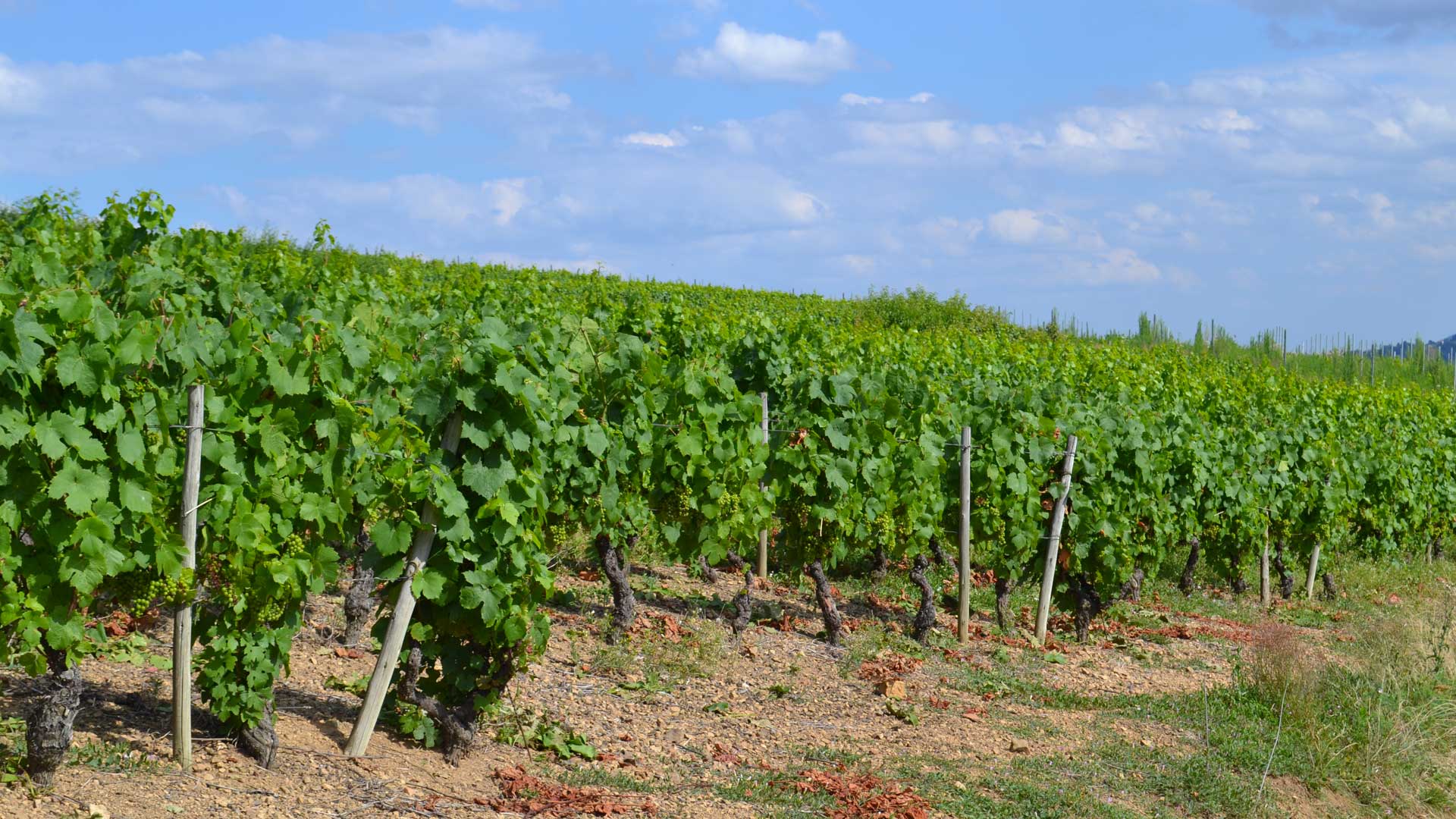 Our plots Beaujolais and its Grand Terroirs

Beaujolais is 320 million years old and still keeps all its youth and freshness. The Beaujolais hills were formed 320 million years ago. They were located in the tropics where volcanoes were erupting under the sea. From these volcanic rocks were born the grand terroirs of Beaujolais.

Our plot The Beaujolais region

In the hamlet of Le Vissoux in Saint-Vérand, south of Beaujolais, has been the birthplace of the Vissoux family in the 17th century. It is the heart of the estate surrounded by a large 9 hectare plot with a beautiful southwest exposure.

Unlike the predominantly clay-limestone terrain of the southern Beaujolais region, the soil here is granite. It is similar to that of Beaujolais Villages and it is the soil of predilection for the Gamay grape. This peculiarity helps to give more structure to the Beaujolais wines of the estate: Beaujolais les Griottes, Beaujolais Origine old vines and a part of white Beaujolais.

According to the Nicolas Besset, the soil of Saint Vérand is very specific. It consists of plagio-granites which are similar to the blue stones of the Côte de Py in Morgon and are also present in Norway. These plagio-granites are very rare on our planet. These soils are spread very evenly in the village as shown on the terroir map. On the photos of Beaujolais les Griottes, we can see the constitution of the soil: little arable land, about 40 cm and a block of granite below. The very small rootlets of the vines can infiltrate the slightest crack. This is a poor soil that forces the vines to dig into the block of granite to feed themselves, resulting in a fairly marked sensation of terroir in the mouth.

As for the Cœur de Vendanges, it comes from more than a hundred-year-old vines located in Saint Verand as well as in Vaux en Beaujolai, in the hamlet called Clochemerle.

Our plot The Crus of Beaujolais

When we travel from south to north of Beaujolais, we arrive first at the Brouilly appellation, at the foot of the Mont Brouilly, located in the heart of the region. Heading north, we reach Fleurie, then the appellation Moulin-à-Vent. In the far north is situated the village of Saint-Amour.

All the soils are composed of various granites bringing different nuances to Gamay depending on the climate. The nobility and the great variety of terroirs give Gamay its most beautiful expressions which can flourish over time. The aromas of fresh fruit will gain in maturity and complexity from 3 to 5 years to last until 10 or 15 years, or even more…

Our plot The bubbles and white Beaujolais

Our Crémants de Bourgogne are made from the Chardonnay grape variety. The vines are situated in the south of Beaujolais on a clay-limestone soil, the soil of predilection for Chardonnay. Much of the white Beaujolais also comes from these vines.

The plots are located in the Golden Stone villages in Oingt, Légny, le Bois d’Oingt and Saint Vérand on 4 hectares.

Own plot for each wine…